"MARTIAL (1D-): Named after the planet Mars (Aries), in mythology the god of war. This Bodytype corresponds to the Warrior Role. It is athletic, muscular, sinewy, hard, lean, dense and tough. The Martial body is built for action and endurance. It thrives on exercise and hard work. It can withstand a lot of pain and abuse. Even when the body is small, there is an aura of taut, intense, raw power ready to spring into action. It projects a "can do" energy. Red hair and freckled  are Martial traits. The face has a rugged if not fierce look. The eyes, nose and lips are small. This is one of the three most masculine Bodytypes.

LUNAR (2D-): Named after the Moon (Luna, Selene), in mythology the goddess of the night. This Bodytype corresponds to the Server Role. It is usually plain and ordinary in body and facial appearance. The head is round and the chin is short. The torso is also round and the legs short and thin. The skin and hair are lackluster. In fact, there is often a dearth of hair. Of all the Bodytypes, the Lunar is most prone to roundness (like the moon) due to obesity. The Lunar is the most sensual type — they love their food.

MERCURIAL (3D-): Named after Mercury (Hermes), in mythology the messenger god. Vulcan was the "smith" of the pantheon. This Bodytype corresponds to the Artisan Role. It is usually lean and short, as Mercury was said to be agile without being muscular. The body is energetic but is not geared for physical activity so much as for mental activity — the creation and conveyance of ideas and words. They have a low  threshold and a tendency to hypochondria. Male Mercurials are the most prone of the Bodytypes to wear a mustache or beard. The personality is perceptive, impulsive, and restless. Mercurials look boyish or girlish rather than mannish or womanish.

SATURNINE (PD=): Named after Saturn (Chronos), the god of time and agriculture. This Bodytype corresponds to the Scholar Role. The outermost visible planet encompasses all the others, as the Scholar Role encompasses all the others. The primary distinguishing characteristic here is the bone structure. The bones are large, but the body is nevertheless tall and thin, thus emphasizing the bonyness. The hands and feet are big and gnarled. The face is long, and the head is also chiseled and angular, with projecting cheekbones, prominent nose, square jaw and large teeth. They have a serious but gentle demeanor. They think and move slowly. This is one of the three most masculine Bodytypes.

VENUSIAN (3D+): Named after Venus (Aphrodite), the goddess of love and fertility. This Bodytype corresponds to the Sage Role. Consequently this is a beautiful or handsome body. I don't just mean OK to look upon. I mean it is very pleasant to look upon, whether male or female. The skin is clear of blemishes, the hair is bountiful and lush, the features are attractive to the point of being distinguished, the body is well proportioned, tending to no extreme or irregularities. They eyes are large and dark. The skin is darker than usual. Venusians could be models. Some Venusians have a tendency to let their looks go to pot.

SOLAR (2D+): Named after the Sun (Sol, Helios). This Bodytype corresponds to the Priest Role. The body is medium to tall in height, and slight of build, perhaps even fragile in appearance. The hands and feet are also long and thin. This type is not built to withstand the rigors of physical activity, but their presence is distinctive and impressive, with a tendency to wide shoulders. The features are refined and delicate, and have a youthful appearance. The forehead is broad and the eyes are set widely. The skin seems transparent if not luminescent — they almost shine with an inner light. The hair is silky and shiny. The overall impression is ethereal, otherworldly or angelic — not of this earth. Their behavior is "airy" — exuberant, graceful and childlike.

JOVIAL (1D+): Named after the planet Jove (Jupiter, Zeus), in mythology the king of the gods. This Bodytype corresponds to the King Role. It is large, usually tall, sometimes massive — "beefy" may be the best single adjective. The bones and muscles are heavy-duty, but the body does not emphasize muscularity as does the Martial. Rather, it presents an imposing, regal bearing. The neck is short and thick. The trunk and limbs are heavy. Even when it is overweight, the excessive flesh is firm rather than sloppy. Abundant body hair is also a trait of Jovial men. This is one of the three most masculine Bodytypes." 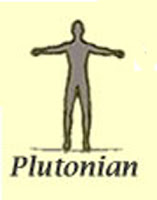 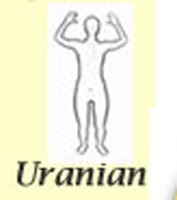 Phil Wittmeyer is a longtime Michael student and scholar of the teachings.  He can be reached at: wittmeyer@hotmail.com

Lunars should eat a fairly light  in terms of carbohydrates, with
moderate protein and fat. They should avoid hormones, as they are
especially sensitive to such additives in meat and dairy products.
Saturnians can eat a hearty diet, with heavier foods of all types.
Jovials do best when they eat with the seasons, heavier in cold weather and
lighter in warm, eating foods when they are in season.
Mercurials need to be especially careful with stimulants and sugars. A
fairly high carbohydrate intake is often warranted for them.
Venusians do well with a lot of fruits and vegetables, and not a lot of
other foods.
Martials need to balance themselves with ample carbohydrates and fat, and a
steady amount of small servings of protein. The 40/30/30 diet is appropriate
for martials.
Solar types have a delicate digestion and do best with foods that are easily
digested. Food combining can be especially helpful for them. 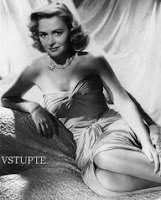 Ideal type for Sages.
Physical Characteristics: Bright, clean appearance. Usually dark. Hair and eyes often dark, but less body hair than Venusians. Classically slender and quick moving (e.g., the messenger Hermes). Skin is darker than average, and unblemished. The limbs are long, slender, and agile‑looking. The Mercurial voice is often deep or resonant. This type will retain its youthful appearance. 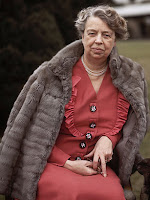 Often used by Scholars, Priests, and Kings.
Physical Characteristics: With the anterior pituitary influencing the development of bones, those who have this gland predominating will usually develop long bones and a large frame, a long head with prominent nose and jaw, projecting cheekbones and yellow teeth. Saturnian types tend to be tall, with a serious but gentle appearance. Saturnian types can be well‑balanced because the dominant gland keeps the other glands in good working order. 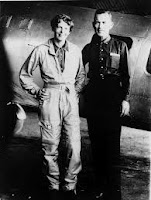 Good leaders, teachers, lovers of humanity.
Physical Characteristics: Usually large, especially around the waist. Short, stout, with a large head, little body hair, including on the head, if male (with the exception of a thick beard). Fleshy, full-bodied. Large, short necks. Jovians prefer good wine and company, poetry, and philosophy. 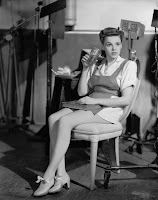 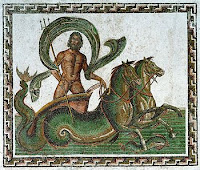 These glands are associated with regeneration, inspiration, and imagination. Neptunian types tend to be dreamy, creative, and unworldly in appearance. The predominant Neptunian trait will be large, dreamy, saucer‑like eyes. This type is used for artistic creation and religious inspiration. Neptune types are remembered, and have an impact after their death.
Examples: Anna Pavlova (Solar‑Neptunian) James Dean (Martial-Neptunian), Marilyn Monroe (Venusian-Neptunian). Angelina Jolie (Lunar-Solar-Neptunian)

The Uranus body type can be albino or have an unusual skin condition. This type has a large body or head, and is often bald or has unusual hair. Dwarfism is a Uranian influence. There is a natural drive toward fame in the Uranian type. This influence adds much energy and inventiveness. People with unusual physical characteristics have some Uranus in their makeup.

The Pluto type has an almost inverted, V‑shaped head. The forehead is larger than the rest of face. The eyes are very penetrating, seeming to notice what is going on around them, and somewhat unworldly looking.