As I am studying for CMAS Certification and doing drapings with people live, I am developing the report that I will give clients.  Currently, I am working on sections on face shape and hair styles, in part informed by the CMAS system.  First month free at my Forum, allows you to download of Face Shape & Hairstyle Guide.

Download an excerpt
... but hey, don't listen to me, EXPRESS YOUR TRUTH! Jane

The Lucky Guide to Mastering Any Style 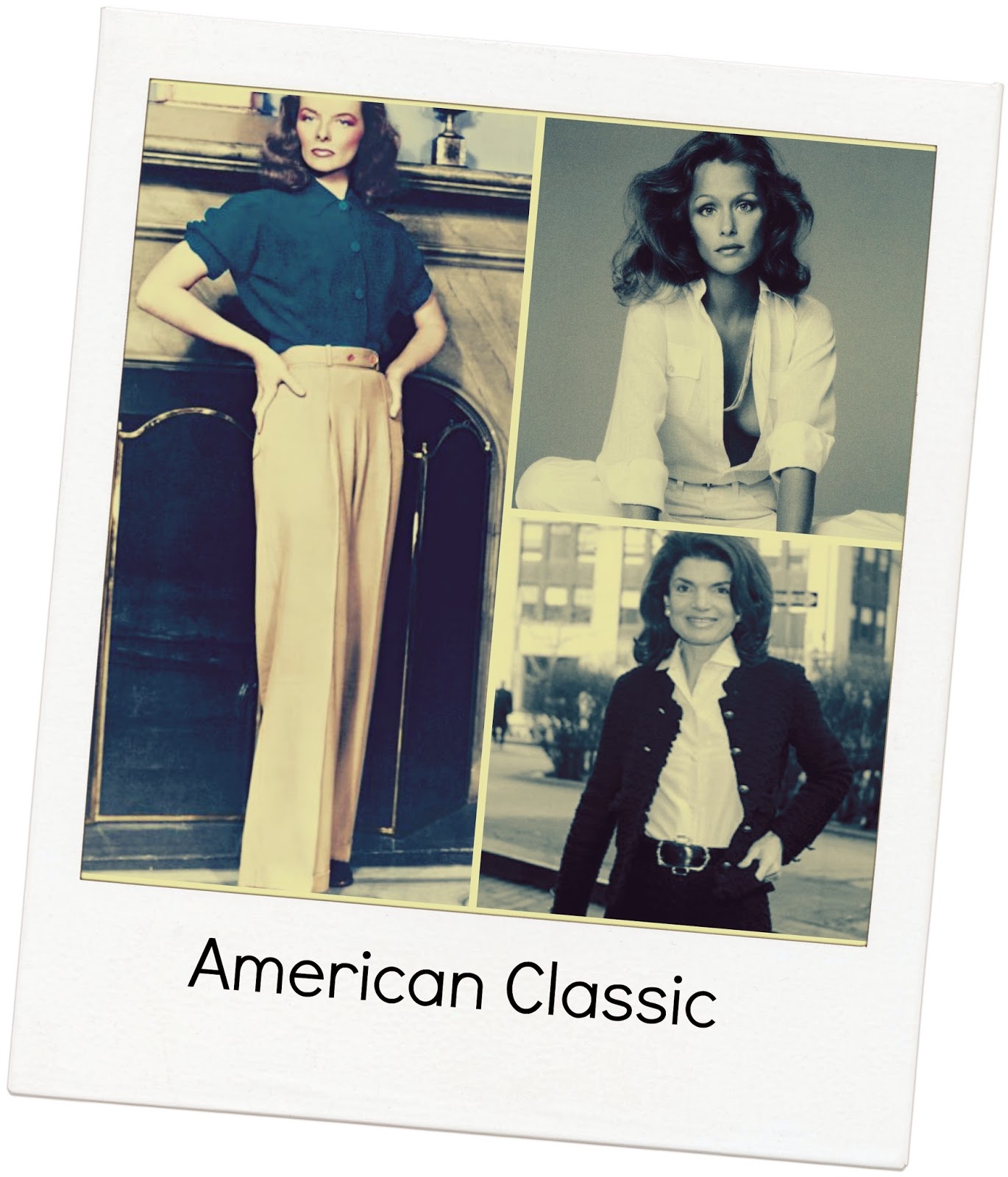 Blog: I Love Your Style Classic Fashion
(combination of Natural and Classic) 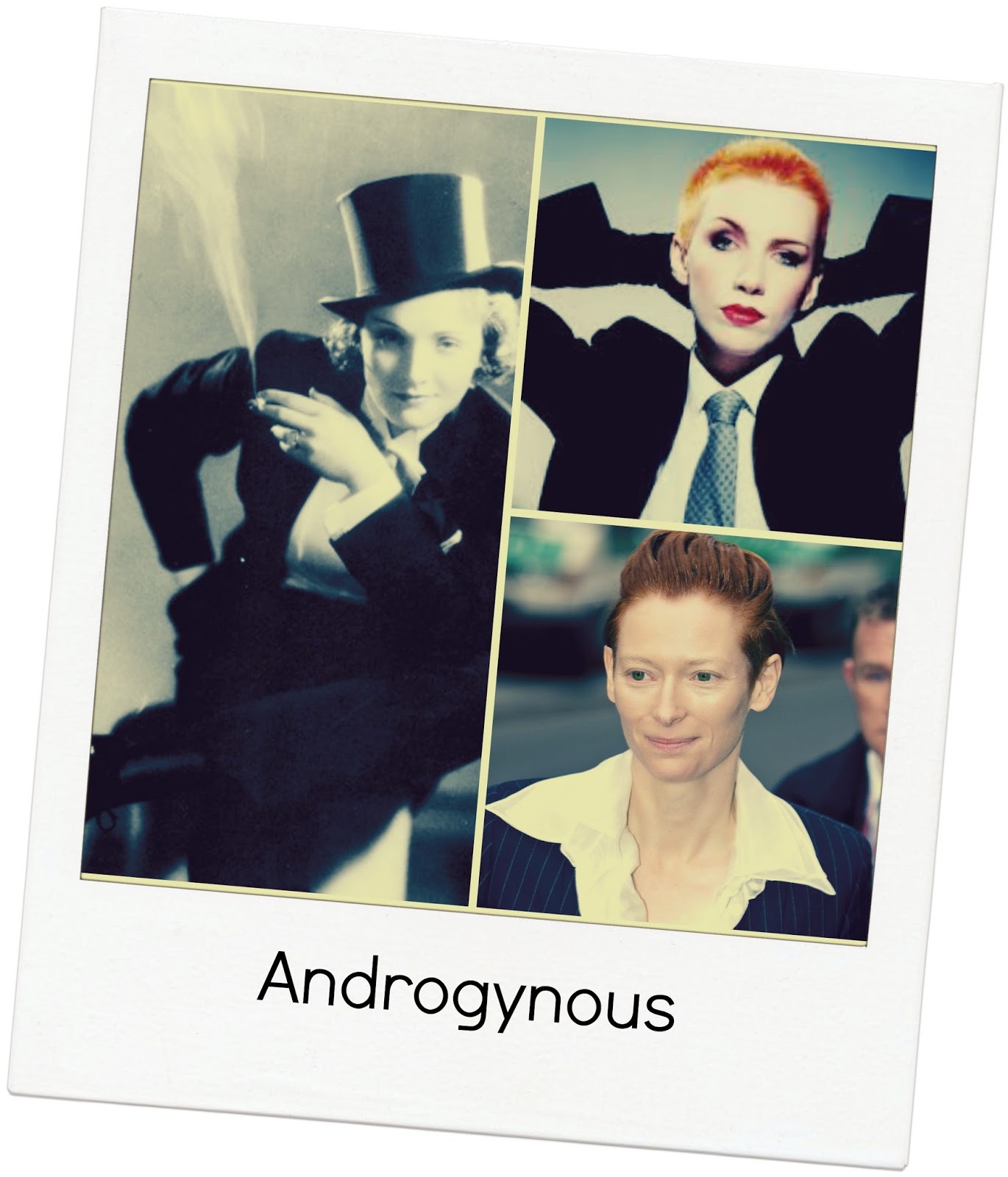 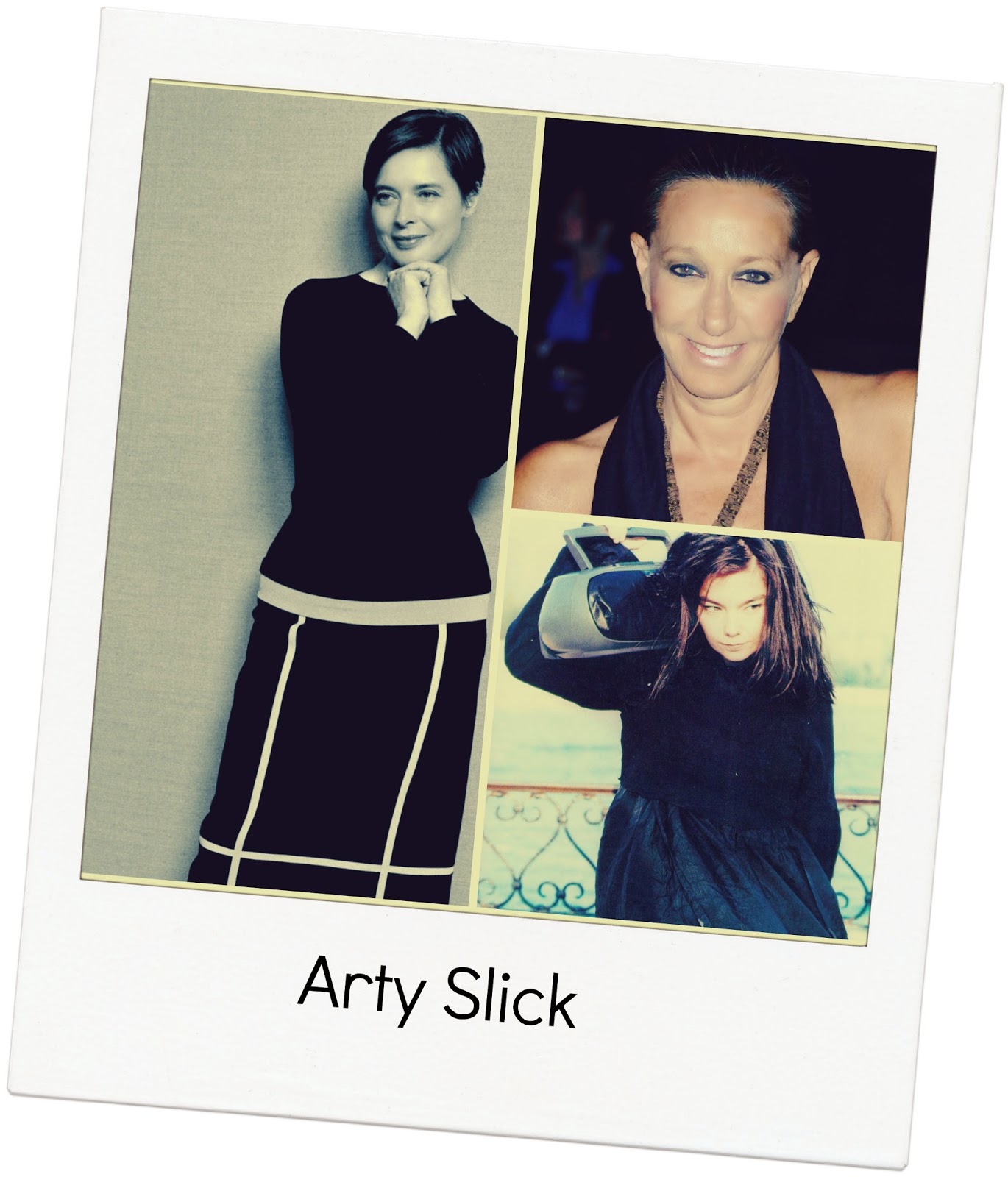 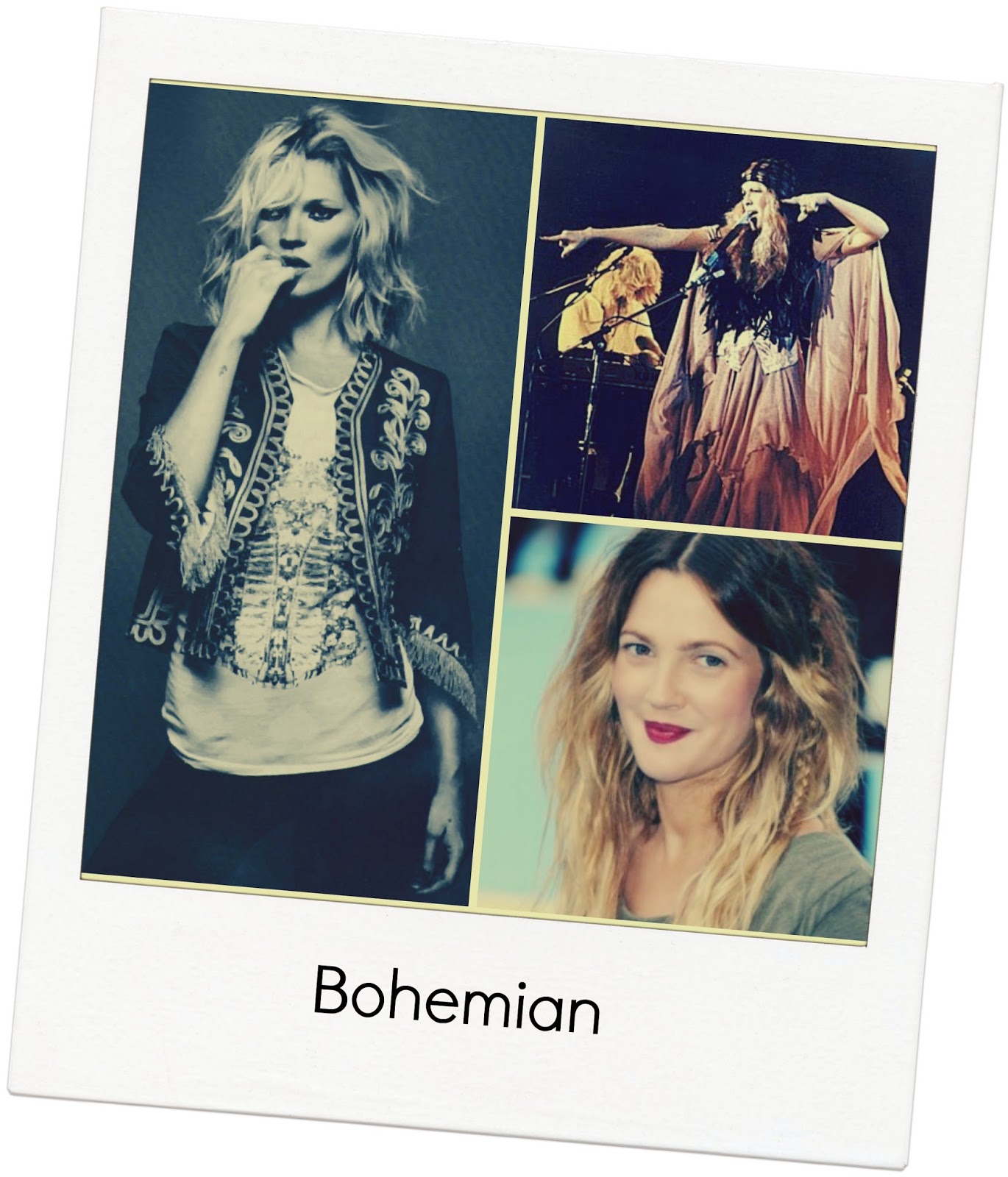 Blog: Bohemian
(combination of Natural and Romantic or Angelic) 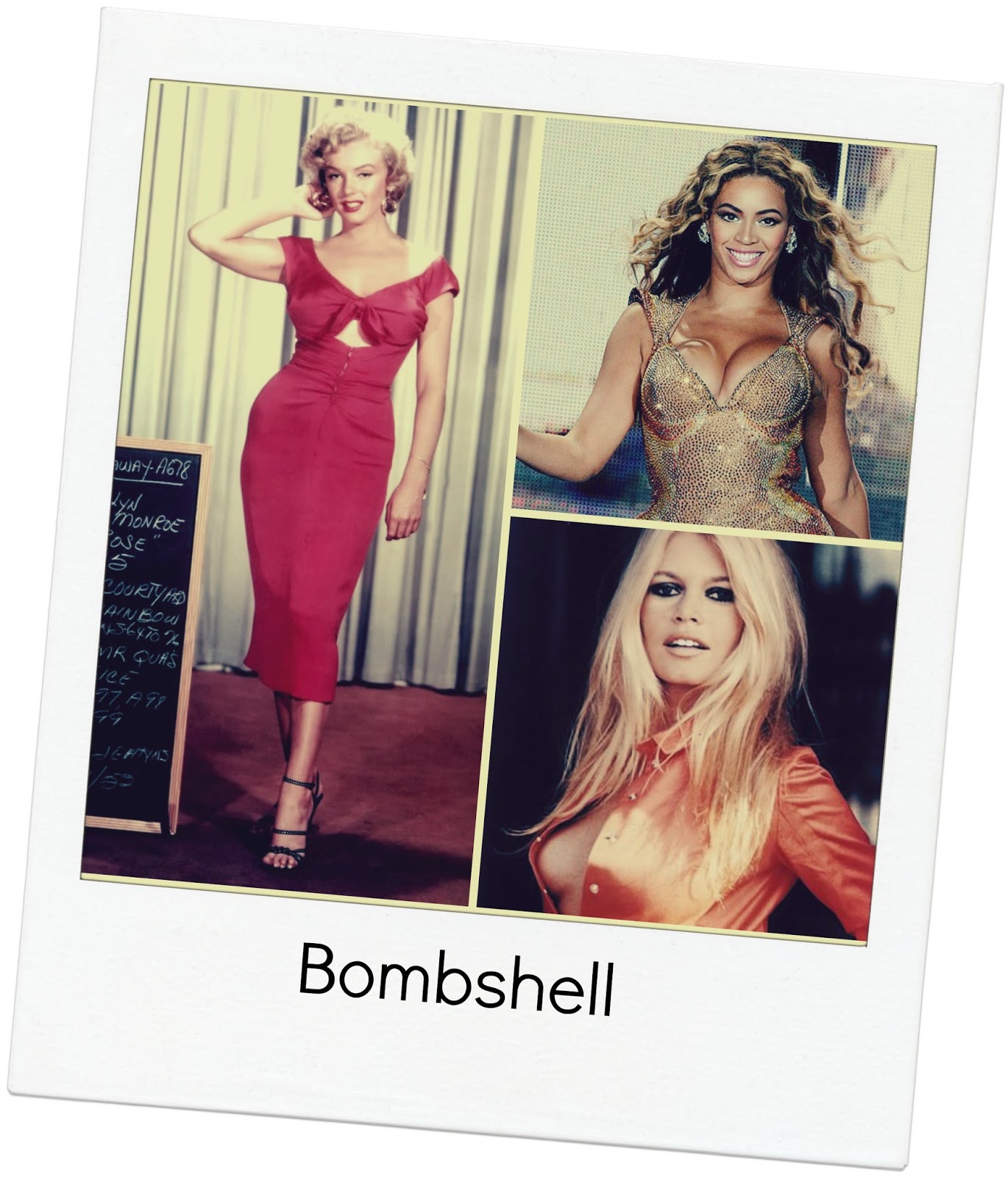 (combination of Dramatic and Romantic) 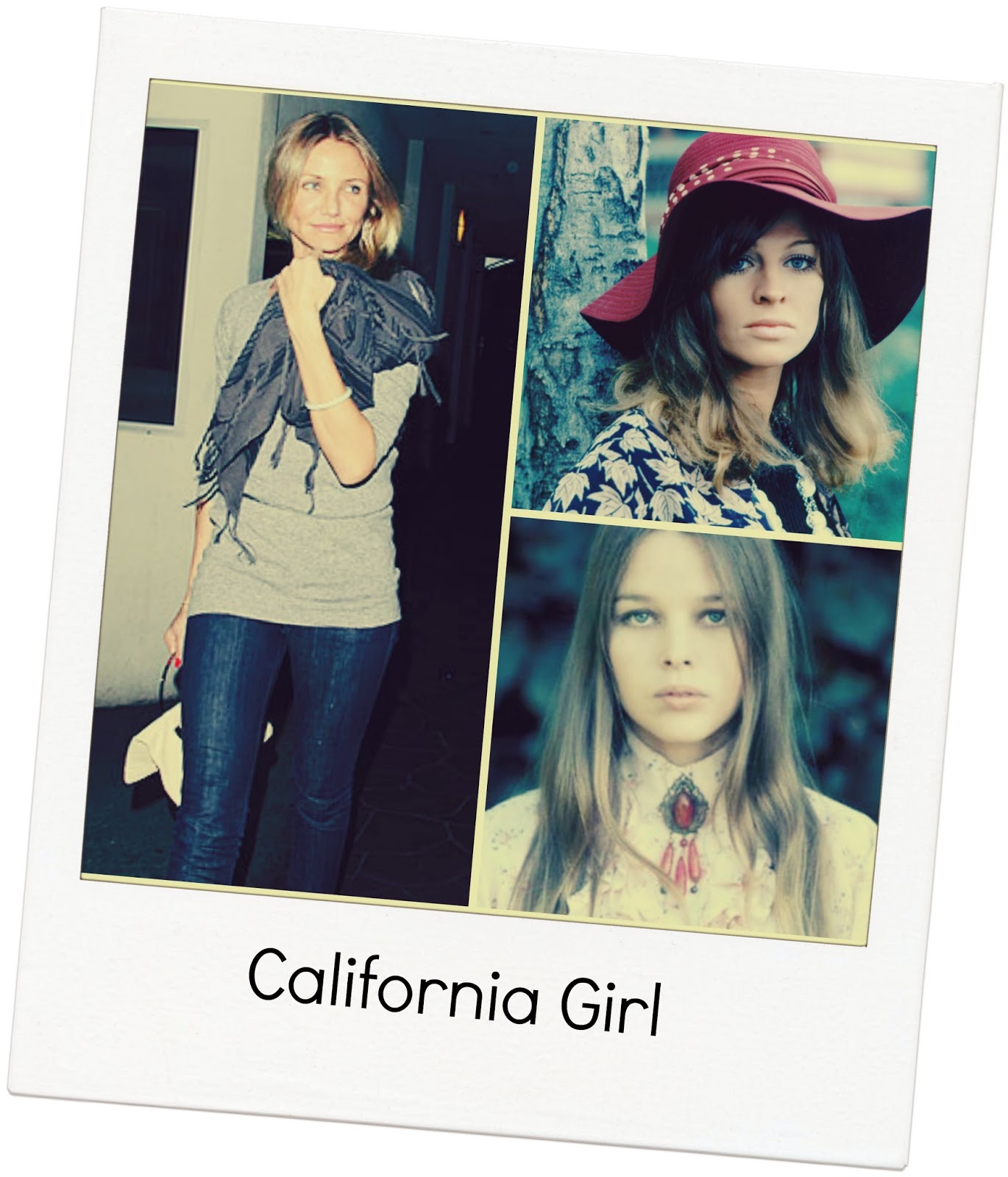 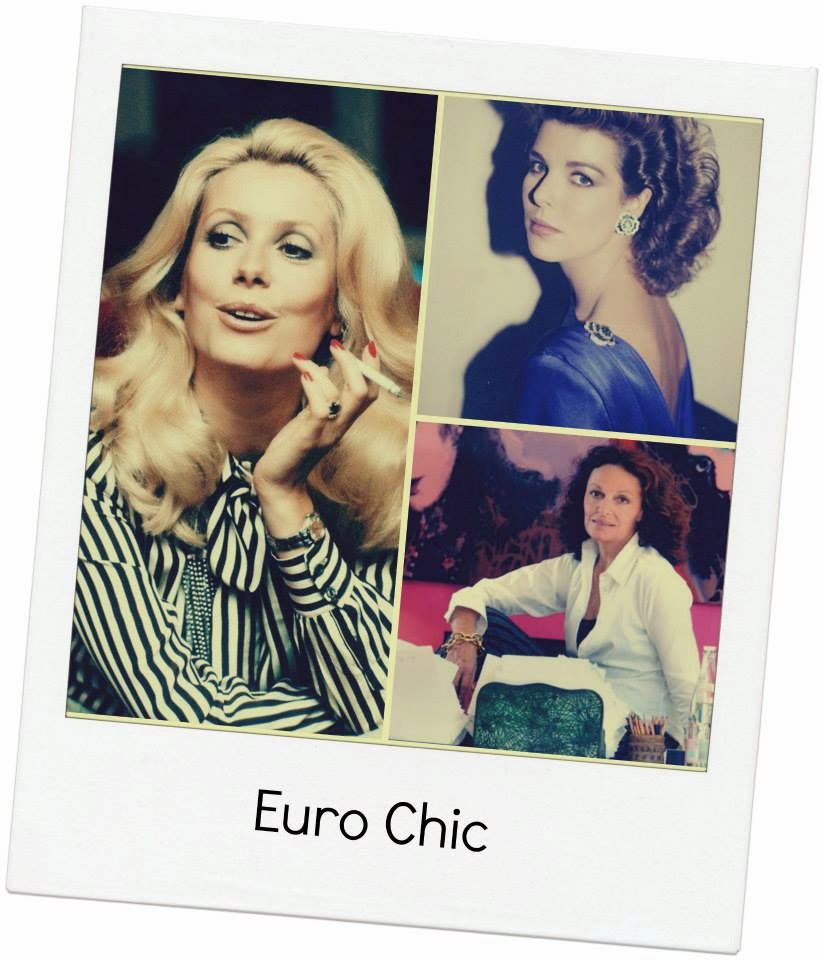 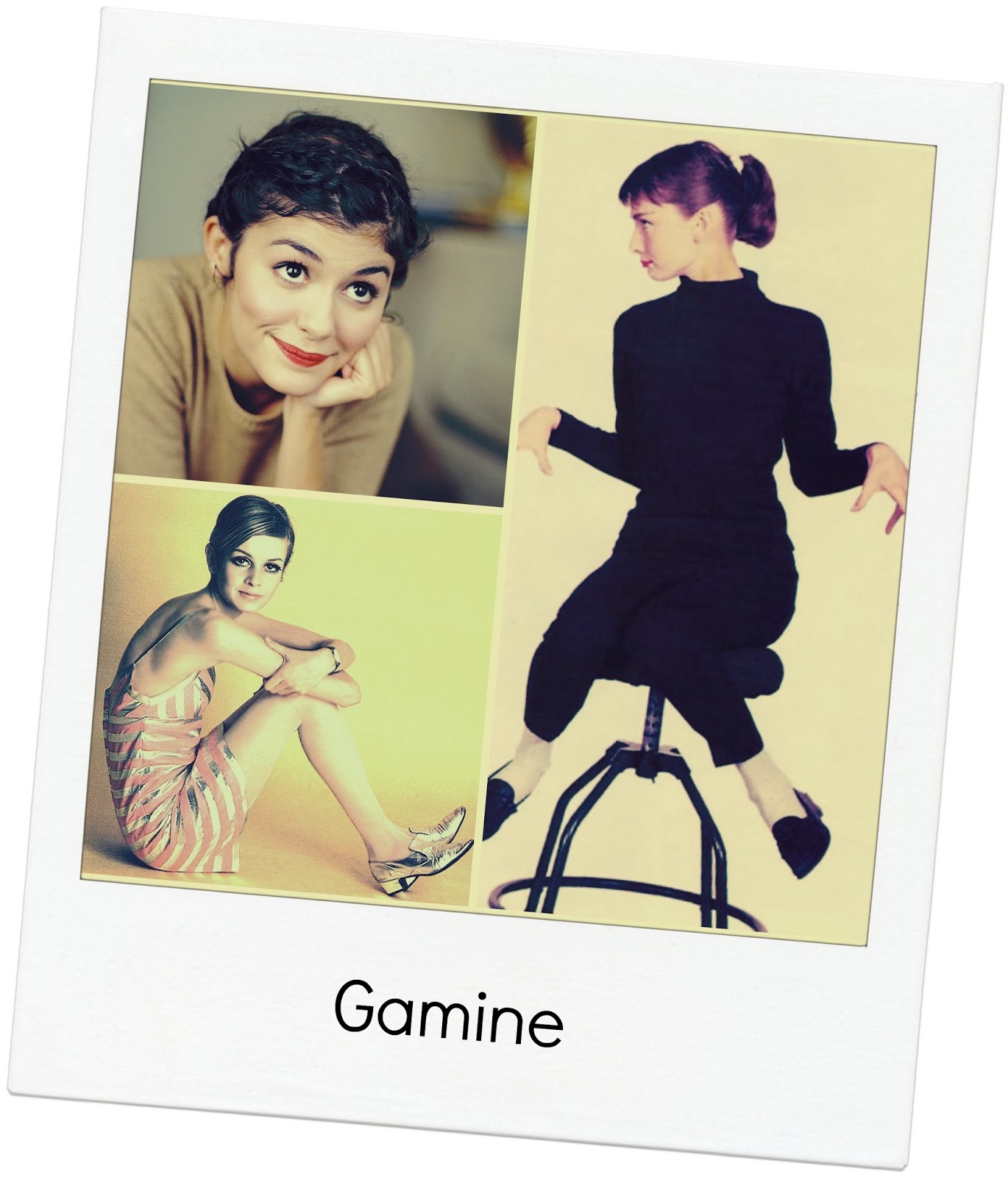 Blog: The Gamine Style
and The Clothes Horse 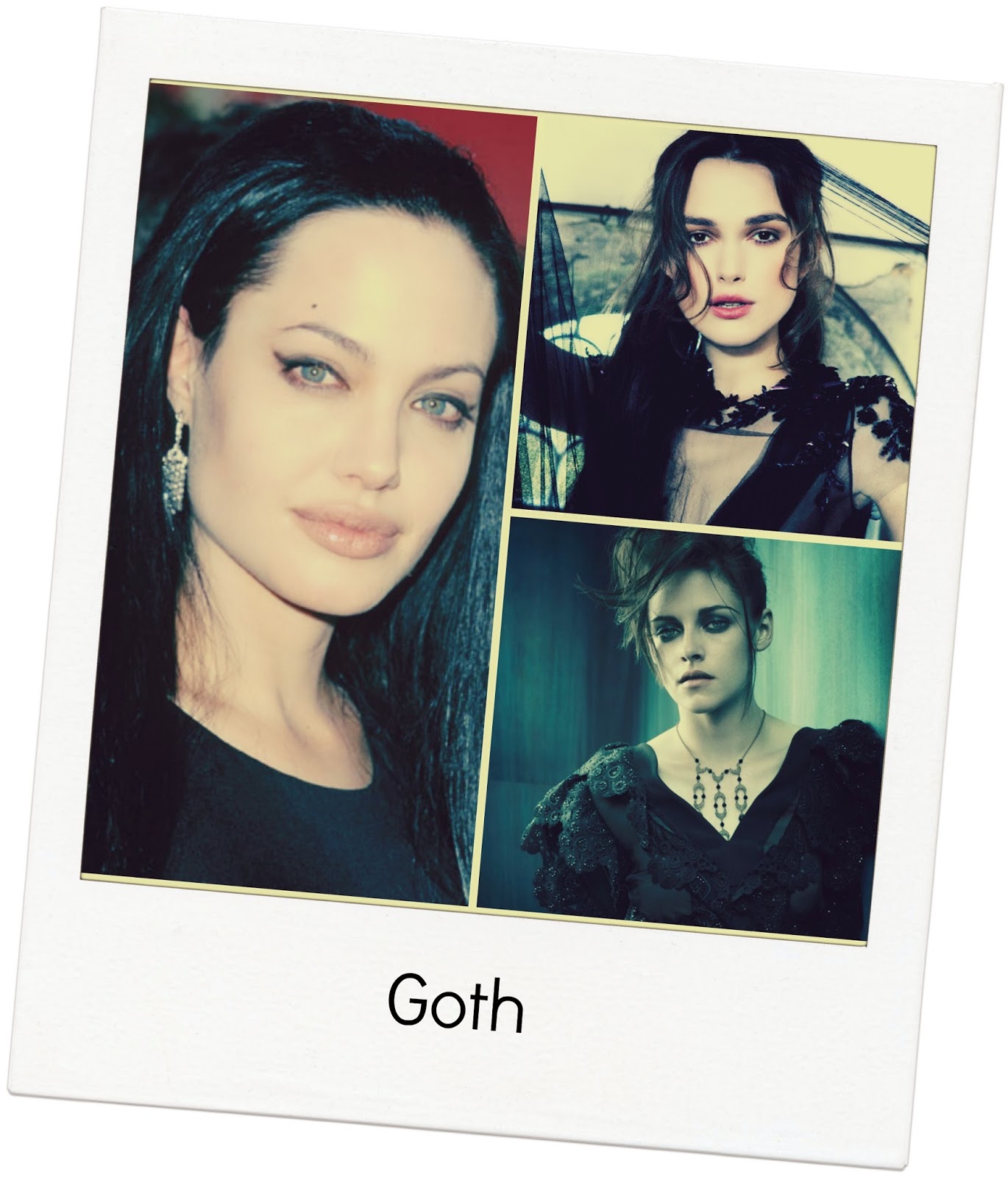 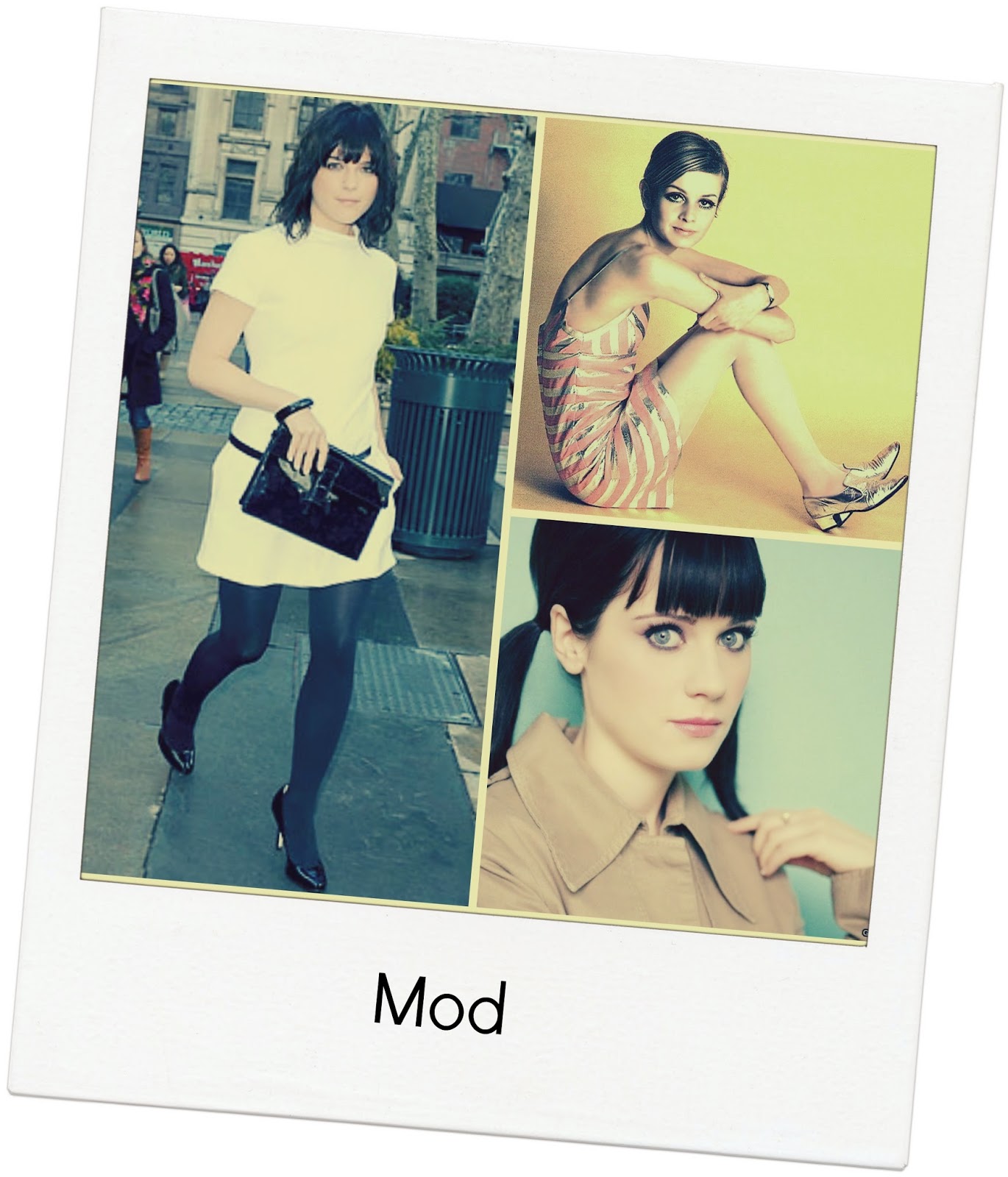 Blog: The Mod Culture
(combination of Classic and Gamine) 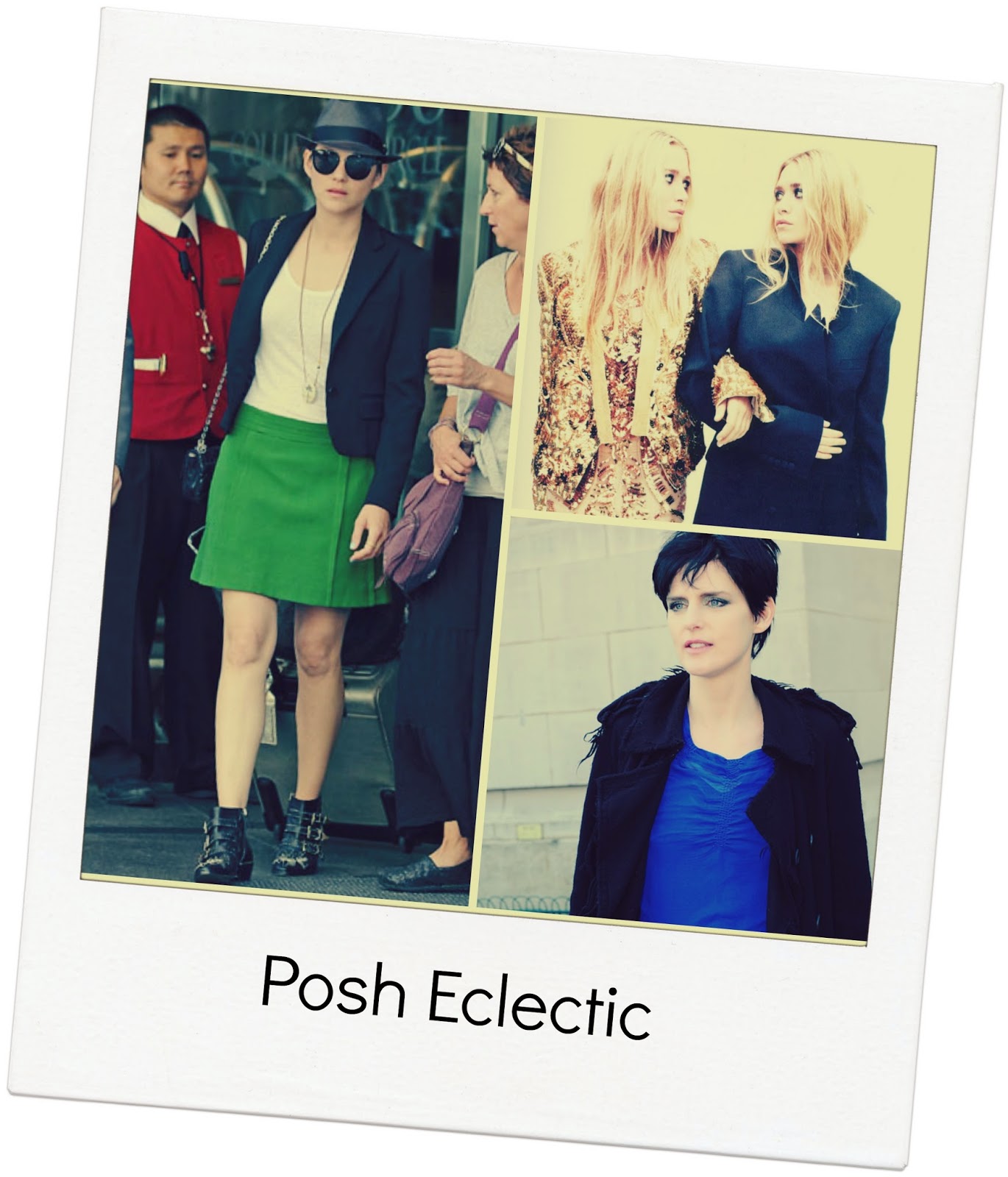 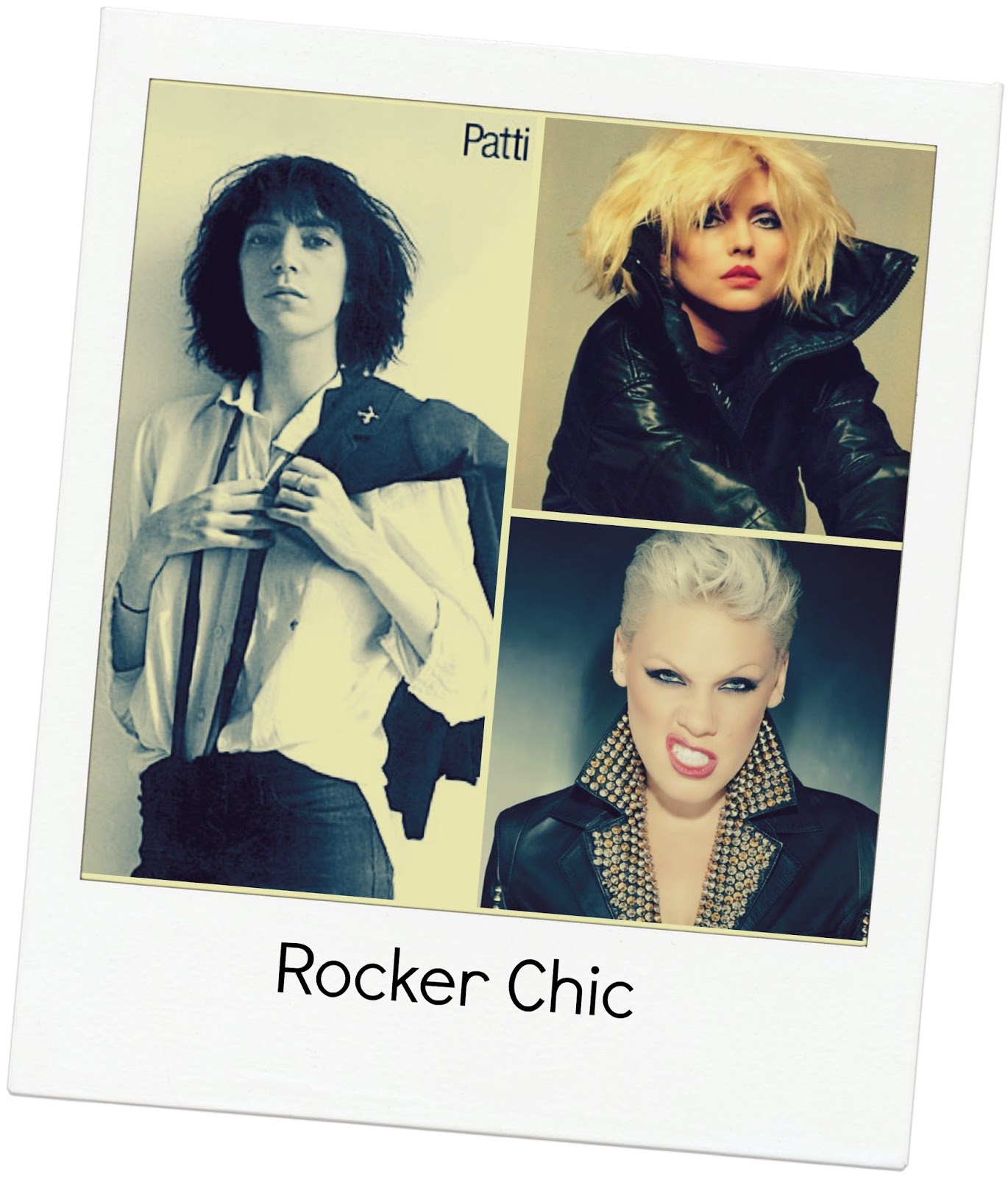 (combination of Dramatic and Gamine)

Go here to see Shops by these styles: http://expressingyourtruthcloset.blogspot.com/2014/04/shop-by-style.html

Also read about this at: http://www.venuslovesvirgo.com/p/style-tutorialwhats-your-style.html 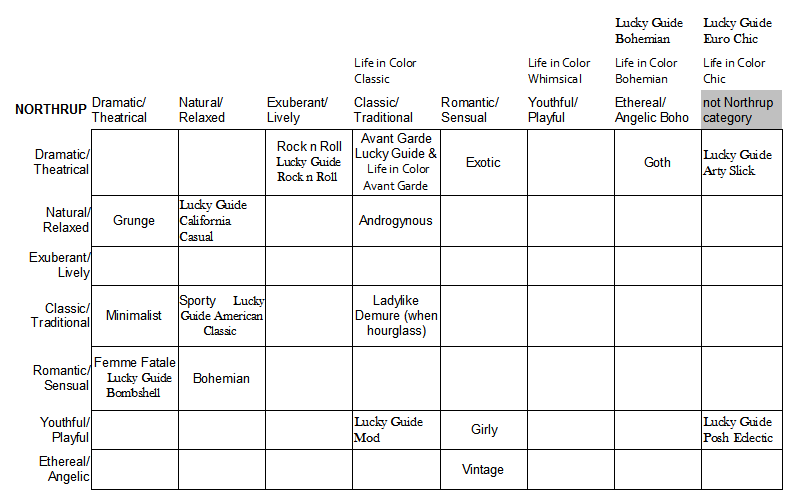 The Most Yang by expressingyourtruth on Polyvore

The Most Balanced by expressingyourtruth on Polyvore

The Most Yin by expressingyourtruth on Polyvore

Email ThisBlogThis!Share to TwitterShare to FacebookShare to Pinterest
Labels: yin and yang

Yin & Yang can be applied to the types and fashion in two ways or levels.   The first involves color types and the second involves style categories.

The four seasons or types are breaking color categories into levels of yin and yang, sometimes referred to as active yin, quiet yin, dignified yang and active yang.  This translates also to Type 1 being yang yin, Type 2 being double yin, Type 3 being double yang, and Type 4 being yin yang.

Then possible design lines indicated by levels of yin and yang are categorized by various authors.

These are the same as used by John Kitchener.


Kibbe The Classics soft or dramatic

Kibbe The Naturals soft or flamboyant

Kibbe The Gamines soft or flamboyant

Kibbe The Dramatics soft or classic 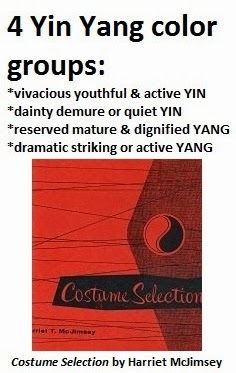 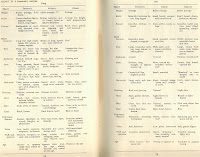 SHAPES and personalities
Generally people use the S-curve or oval for Summer and either rectangle or asymmetrical triangle for Autumn, but the Spring and Winter shapes vary by author.  But the idea of correlating them has obviously been around a long time. 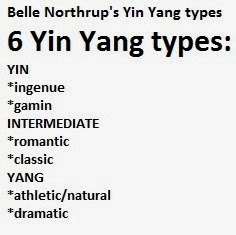 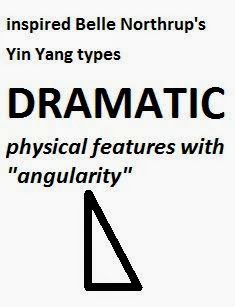 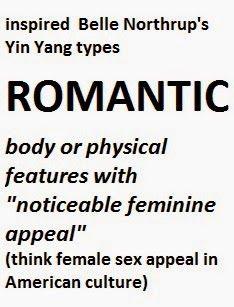 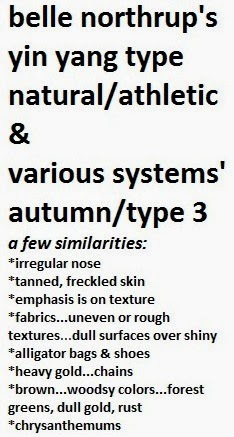 HEIGHT is one aspect of moving from yin to yang.


Pflaumer reports the heights according to McJimsey/Northrup associated with style archetypes in Shopping for the Real You. 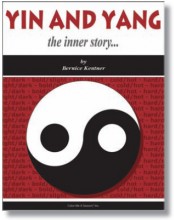 Yin and Yang
by Bernice Kentner
(it comes on cd)
It actually has quite a bit of Chinese Face Reading in it, combined with Seasons and facial features.
face shapes:
spring=triangular, oblong, summer=square, round  , autumn=square  , winter=oblong
totally different
IMPORTANT, do not try to fi nd a person’s color type
(Season) from the shape of the face or the features! When
the Color Analysis is over and Body Typing begins we
may use the Yin and Yang designations to help us suggest
the clothing lines an individual needs.

Email ThisBlogThis!Share to TwitterShare to FacebookShare to Pinterest
Labels: yin and yang

Email ThisBlogThis!Share to TwitterShare to FacebookShare to Pinterest
Labels: names of seasons, seasons

The Seasonal Types and Personality

How far back does it go to identify appearance, and color harmony, with personality or temperament?  Of course, the Greek's started looking at the humors, thanks to Hippocrates, and also described some aspects of facial types.


Many of the following author's are mentioned in my Color Analysis Timeline. Also see more here.

Bernice Kenter's Color Me A Season (1979), has a short personality quiz to determine your season, along with draping. And she introduced the idea that eye patterns follow the seasons.  She also introduced using the concept of yin and yang, which creates six categories: dramatic, athletic, classic, romantic, gamin and ingenue.

Suzanne Caygill correlated descriptions of four categories of people, described as the seasons, eventually publishing that in Color: the Essence of You in 1980. Students of her continue her method creating personalized fabric swatch palettes. You can see that in my earlier post on the adjectives assigned to the different seasonal types by various authors.  You can also see this correlation here:

Joan Songer was a student of Caygill, and she founded Personal Style Counselors in 1978, now run by John Kitchener.  PSC describes four personality types with different color palettes, that are customized for each person.

Another student of Caygill, Taylore B. Sinclaire, developed IlluminEssensce with four Tones, which are correlated to four color harmonies and personalities. https://www.illuminessensce.com/

Also in 1980, Color Me Beautiful, by Carole Jackson came out.  This was probably the most popular book, still known today.  Most people think that seasonal color analysis is about color only, but even Jackson's book talked about the personality of the seasonal palettes (though no personality quiz) and she also talked about clothing personality types (dramatic, sporty/natural, romantic, ingenue, and classic).

Jane Segerstrom, describes the personality of four types in her 1980 book Look Like Yourself and Love It.

Color for Body & Soul, written by Naomi Donner of Finland, also involves four types, which she calls Enthusiast, Compassionate, Dynamic and Analytical.  She also gives quite of bit of the history behind her correlations, but she was also a student of Caygill.

Joan Callaway, does an amazing job correlating not only color but various design aspects with personality of the seasonal types, in her book The Color Connection, first published in 1986.

In The Beginner's Guide to Colour Psychology, Angela Wright, covers the four seasons, their color harmonies and personalities.

Jennifer Butler refers to the four seasons as having different essences in her 2007 book, Reinventing Your Style.

David Zyla presents different archetypes that are subtypes within the four seasons in his book Color Your Style, 2011.

In How Not to Wear Black (2011), Jules Standish has a quiz to determine your dominant personality traits, related to the seasons.  She also goes through eye patterns associated with them.


Color: The Essence of You
by Suzanne Caygill 1980 classic

The Beginner's Guide to Colour Psychology
by Angela Wright 1999

Reinventing Your Style: 7 Strategies for Lo...
by Jennifer Butler, 2007

How Not to Wear Black
by Jules Standish, 2011