You have probably experienced past life patterns of involvement with trading or banking families like the Astors in early New York, or as a lender-treasurer in ancient Persia, or as the quartermaster during even earlier rebellions in prehistoric Egypt.

In addition, you are one who enables others to see themselves in a light that they have not yet seen. Upon entering the earth plane this lifetime, you came under the positive influence of Jupiter, from your experience in that ennobling realm between lifetimes.

You also love learning and knowledge for their use in bettering conditions for yourself as well as others. The strongest force for good will come, however, through keeping yourself attuned to the divine within through meditation, prayer and other experiences of spirituality which will be yours. Yet in service for others will the greatest blessings come.
Your mental tendencies can be used beneficially toward your greater soul development. For instance, obeying the rule of converting stumbling blocks to stepping stones -- that is, all challenges are opportunities in disguise -- this pattern helps you in your career, especially in the competition encountered in the business world.


However, from past lives as well as your afterlife soul journey in the Martian dimension of anger and wrath, your will must be exercised to avoid outbreaks of emotion and to control your temper. Take care that your temperamental nature and tendencies toward suppression of your more aggressive emotions does not affect your health. Be specifically on the lookout for disorders physically with your throat, head and digestive organs.


Because of karmic emotions and subconscious urges from your experience as a soul between lives in the energetic consciousness dimension of Mars, you may also tend to act impulsively without enough forethought. If you are female this aspect may bring challenges through the male side of your subconscious.
This means that until you exercise your will to resolve this conflict you are likely to find it difficult to relate to men in the outer world. Frequently being too aggressive, and at times even opinionated and confrontational in your attitude, you may even dislike those of your own sex because of this lack of femininity.
You are an artistic and romantic type of person, a natural quality you probably inherited from past lives where you were socially active and involved with the arts in some way. Venus is the realm of afterlife awareness which is most similar to the earth, especially as regards material desires and emotions. Therefore with your Venusian background from past lives as well as between lives, you are likely to have an intense, earthy yet subconscious sensuality.

conflict through the difficult aspect pattern between them. This challenging aspect calls forth from your akashic chronicle challenges to face in your emotional life. The most likely original roots of this emotional karma lies in a long-ago lifetime in Atlantis.

You might use self-suggestion via auto-hypnosis and guided imagery. This may help you to be more centered and spiritually attuned. Try to combine these exercises with prayer and affirmations which assist you in turning within for guidance, rather than relying entirely on your own independence and willfulness. Above all, pray for the resolve to be consistent in applying your ideals as set in the Christ. Prayerful study and contemplation of Jesus' promises in chapters 14-17 of Saint John's Gospel would be a priceless resource. [1175-1]

Neptune is the dream dimension which enhances your intuition and urges toward spirituality and mysticism. As Mercury is the mental realm of thought and communication, the merging of your experiences in these two realms of awareness gives you a very intuitive mode of thinking and communicating. You are naturally able to communicate --with your inner self and with others -- in terms of dream symbols, for instance, and are far more receptive than average to communications and contacts involving the spiritual world.  From Neptune, itself a higher octave of ever-creative Venus, you have natural abilities in music, drama and poetry, especially as applied to mystical, mysterious and romantic themes. You could also do well in writing and lecturing about dreams, mysticism, prayer and spiritual healing.

As the love in Venus and the rashness in Mars are quite different, there is likely to be a conflict in your experience concerning your inner temperance and your outer boldness. That is, your individualism and self-assertion as manifested at times in daring activities in association with others, especially the opposite sex, clash with and hide your sympathetic, loving nature.

You are an Atlantean as well as a Uranian. This means that subject to latent urges from your experience between lives in the psychic realm of Uranus and from your past life in Atlantis, you are far more sensitive than the average individual.

Making your soul flight from your experience in the Uranus dimension before beginning another earth life, you made a consciousness visit to the Mars realm. Some of your Uranian lessons in how to deal with extremes -- for instance through your urges for independence, originality, and even clairvoyance on the higher mental level -- were over energized in the Martian dimension. As a result, you chose to carry into your present life certain challenges to be met. In other words, this is an adverse influence, giving you a quick-tempered nature, as well as extremes at times when you become moody, apparently without cause.

Now, by choosing a birthday when Uranus and Mars were in an adverse aspect at your birth you called up from your akashic ledger a pattern of attracting people from past lives into situations which will test you, especially by challenging your need for freedom and independence. One of these prior lifetimes was likely to have been during the height of the Roman Empire. Whether as a Roman or as one closely involved with the ancient Roman culture, say during the early Christian church period, you often faced conflict and confrontation.

Having reincarnated to continue your pursuit and application of your intuitive spirituality, you are quite capable of grasping spiritual truths firsthand, beyond such sources as books and the experiences of others. Unorthodox in your philosophy of life, you have strong leanings toward the esoteric and mystical. 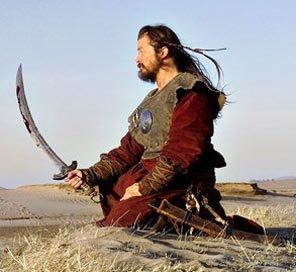 Long ago you may have been part of the once mighty Mongolian people of the ancient Gobi desert, or among the culturally advanced Chinese. From such lifetimes as these, you have the ability to perform what is expected of you and to do what is necessary without being held back by your feelings or by considerations of a personal nature. This is a strength you inherited from one or more past lives in these remote Asian cultures, whose people shared this self-denying trait.
Perhaps you were once a young Chinese woman who gave birth to many children, ran a large household and pleased the master of the house. You may have done all this while quietly enduring the agony of brutally bound feet which was once a rather cultural requirement of the true ladies of ancient China.
Bear in mind that Mars is the planet of energy, power and war which rules or best symbolizes the essence of Scorpio. It may not be surprising then, that you may have been a Mongolian warrior who fought to the death for your tribal leader without hesitation or concern for your own injury or pain.
A more recent incarnation among Native Americans like the plains Indians is also likely. Yet whether your life was among Orientals or American Indians, your characteristic past life suppression of individual feelings in sacrifice for the larger interests of your family, group or tribe may in the present make you appear cold, insensitive or uncaring, when you are actually very caring and compassionate.

For example, traveling long ago as a Spanish, English or even Japanese settler, pioneer or explorer, you may have crossed the oceans in search of a better world. You were then part of a strong sea-faring culture which frequently set out --over a period of many centuries -- to explore, invade and often defeat enemies and cultures usually much greater in strength and size.
Jupiter is the planet which rules or symbolizes the heart of Sagittarian energies, supplying you with a broadly courageous -- though at times daredevil -- quality. Yet underneath this often exciting exterior lies a calm but calculating mind. Another characteristic experience is one or more past lives involving a lot of movement, change and separation from your family and your cultural roots.

In your deeper meditations you might recall urges and impressions of migrating at the time of the Deluge of Atlantis (commonly called the Great Flood), to other, safer lands to begin a new life and a new age of history.
You may remember, in your deeper meditations and dreams, experiences from long ago when you were among great artists, sculptors, poets, and craftsmen of ancient India as well as the more recent leaders of prosperous, classical Greece. 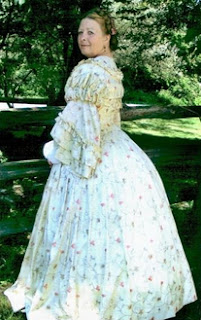 You may also have been among many who reincarnated in the American South just before the Civil War. In the present you may have to learn the lesson of providing for your own needs, luxury and comfort rather than having others do provide these things for you. In fact, one of the challenges of Libra lies in being too liberal or indulgent with oneself. With prayerful application of your will, this too can be overcome. [303-31]

Especially indicated are lives in the early Jewish-Christian Church and later as an artist-musician in modern times, whether in the West (Europe and/or America), or in modern or colonial Asia. 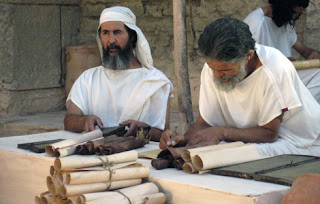 Your experiences then may have brought you prominence or notoriety in spiritual causes ranging from the Essenes and Gnostics around the time of Christ to Eastern temples and ashrams and later, medieval or modern monastic life.  Of likely special interest to you in your present life are mysticism, spirituality and most movements toward Oneness and the mysteries of Life and Nature, including dreams and mystical kinds of music and art.