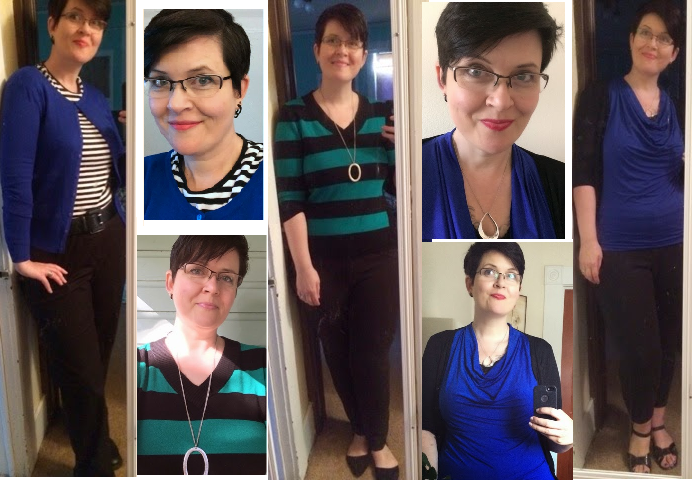 A reader asked this question, in response to


OOTDs: 4 Months as a Winter

Well, definitely.  I actually made a video on this, but I'm so self-conscious I'm not going to post it.  It's on my youtube account, but you have to have the url.  I will write about it instead.

The turning point for my changing from dressing Summer to Winter came when a recent friendship ended.  I realized I had stayed friends with someone based on being overly "nice."  And then it hit me that being nice, if it is forced, is dishonest.

I had heard once, from Taylor Sinclaire, that Tone IVs (Winters) are gifted in setting boundaries. I always thought that therefore I was not a Tone IV (not to mention Taylor said I was a Tone II).  But I realized I was doing what she said Tone IVs do, which is try to hide their true nature by being overly "nice."  She says "by dressing firm, you are soft."  See her video on this here.

How I feel now is that I was allowing people to step on my boundaries, or I wasn't setting boundaries they needed, because of the effort to live in my secondary Summer.  And beyond that, I think about boundaries ALL THE TIME.  I just wouldn't express it.

I also feel that the design lines and colors for Summer were making me feel like I disappeared, like I was sort of weak, and also made me look heavier.  The odd thing is I gained 50 lbs. during the years I dressed as a Summer.  Taylor says that you should lose weight in your correct essence.

I have not lost weight, but people have asked me if I have.  Partly I have been wearing sweaters that are form fitting, instead of the cascading shapes with too much fabric volume I was using before.

I also feel that the pure hues aren't scary anymore.  In fact, if a color isn't pure (and somewhat bright) I feel tired, but also disinterested in wearing it.

I am still figuring out my level of contrast.  I prefer a lot of contrast right now, but I'm not sure if that is because I think that's the rule, or it's right for me.

I'm getting a Caygill Analysis in Oakland, CA, by Anne Sagendorph-Moon on Friday, Dec. 5th, so stay tuned!