I recently asked in the group:
"You know how families have different cultures, around anger or teasing etc.? I supposed families have different beliefs about each of the types, like which are praised and which are criticized. It probably also has to do with your parents types, and their parents' types, and how they dealt with and felt about that."

(I haven't posted in awhile since I recently moved from an apartment to a house across town.  I also fell and injured myself.  So rather than unpack today, I have a reason to sit in front of the computer).

So I was thinking about my heritage, which I blog about here: http://myjaneaology.blogspot.com/

I think my maternal grandfather, Malcolm Alan Campbell, was an ISTJ T4 Melancholic. He had a PhD in psychology from Stanford.  He was brilliant and cold, and rather unhappy.  He never smiled (or rarely), had no friends (that I knew of), and wasn't funny.  He valued intellect above pretty much all else.  He was quite artistic with wood working and gardened meticulously.  He was angry and critical.  Being primarily Scottish, I thought of him as quintessentially "dour."  Being a Campbell, he was tall and dark, like the dark Irish I suspect.  It was because of him that I majored in psychology.

My maternal grandmother, Inez Marie Heyman Campbell, was possibly ENFP T1/2 or 2/1 Sanguine and Phlegmatic. not sure yet.  Everyone loved her.  She was a children's librarian.  She also was very politically active.  She was the absolute bleeding heart liberal in the good sense of this phrase.  She could not rest if anyone was suffering. She always smiled and was sweet.  She valued people above everything.  When I knew her she had white hair, but it was a reddish brown I think before that, and a wiry curly.  It was because of her that I wanted to become a teacher, and later a social worker.

My paternal grandfather, Hans Felix Leu, I never met, but appears T1 Sanguine.  He was a Swiss citizen, with some German heritage also. He was an architect who submitted projects to the competition for new school building for Rudolf Steiner in Basel in 1962.  Interestingly, without knowing that, I wanted to be an architect in high school.  My father and his father didn't speak for many years at the end of their lives.

My paternal grandmother, Eva Aeppli, I met one time when I was 17 and is definitely T4 Melancholic.  She was an artist, at one time married to kinetic sculptor Jean Tinguely.  She has always been extremely independent.  My experience of her was intimidating.  She seemed like she could tease easily and not really care about the impact a lot.

My father, Felix Vital Leu, was a lifelong artist, most notably being a tattoo artist.  He never worked for another person.  He was a lifelong hippy. I think he was an ESTP and a 1/4 Sanguine perhaps, loving freedom above all else, except his wife and children he raised. He travelled the planet.  I only met him four times, but he would mercilessly tease.  While visiting America he went to art school in New York and later San Francisco, met my mother and they lived on Formentera, an island off Spain, for about 6 months.  He moved on and she parented me as a single parent.

My mother, Andrea Campbell, was a poet and artist in the 60s, majored in French, and later became a medical transcriptionist.  Through recent DISC tests, etc. we think she is an INFJ 2/4 Phlegmatic/Melancholic(or 4/2, just like me).  She loves peace over all things, is very sensitive, used to be very emotional, does not tease nor like being teased, dislikes anger.

Here is the earlier generation:

Albert Alexis Campbell and Orpha Brumbaugh, parents of Malcolm Campbell, my maternal grandfather.  He was a principal and later superintendent of schools.  He seems to have had a cleft chin, which I believe is T4? or is it also T1?  I think Orpha looks rather T4. 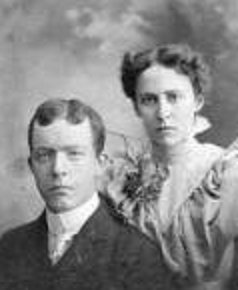 Arnold Cyrus Heyman, and Henrietta Ludwig, parents of Inez Campbell, my maternal grandmother.  They both appear 1/2 or 2/1. 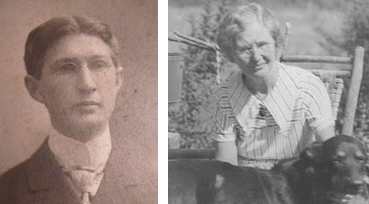 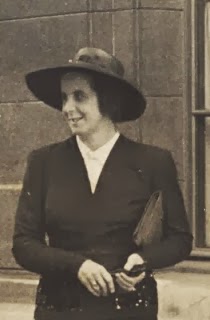 Aetti Willi Aeppli and Mono Hess, parents of Eva Aeppli.  Willi worked with Steiner in the early development of Waldorf Schools.  Willi's brother Ernst worked with Jung at the time.  Both Willi and Mono appear somewhat T4 stoic in these pics, but he might be 4/2? 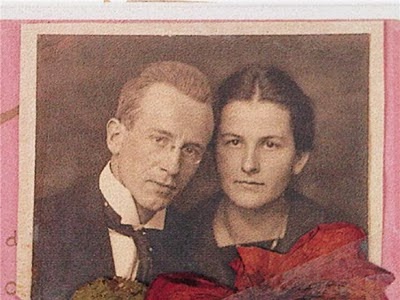