May 19, 2015
This is just one of many possible correlations, which is why I wrote a post on how this is a rabbit hole.
I was thinking about an interaction with a friend who is either 4/3 or 3/4 (I'm not sure).  I am an INFJ 4/2 (at least that's what I think now), which means I am an Fe (extroverted Feeling, cognitive function*).  We are on a planning committee and I became fairly sure she is an Fi.  This also means I am a Ti to her Te.  So that means she could be a 4/3 ISTJ or INTJ, or 3/4 ESTJ or ENTJ.  (Hmmm, I hadn't realized that all four options make her a T).  ISTJ OR ESTJ make her complete opposite functions to mine.  If she's an ENTJ or INTJ, we would share Ni and Se (though that's my inferior).

Anyway, there is one correlation of the types, that would have the following pattern, and I've been thinking about it.  I think it fits really well, except for the Ti Type 2s.  I'm still trying to figure out if that is possible.  Maybe they are the 2/4s?

When thinking of dominant functions (in this possible correlation)
Two types of T1s: 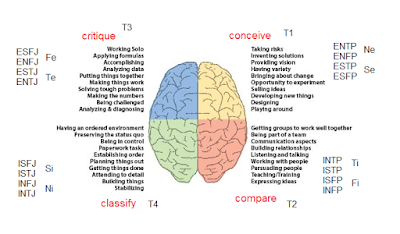 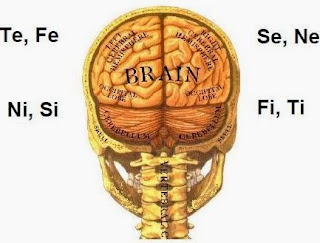 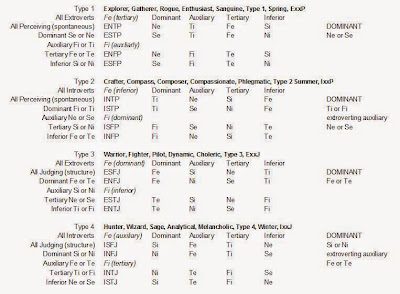