"Brain typing is another personality assessment system, which was developed in the late 1970s by Jon Niednagel, a sports coach, who observed that children with similar personalities had similar motor skills. This emphasis on motor skills is how this system differs from other typologies. It recognizes 16 types, like the Myers-Briggs typology system." 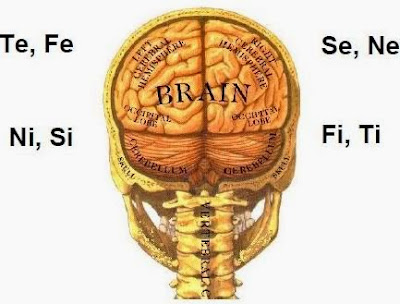 "There have been a number of promoters of his theory, perhaps the late Ned Herrmann was one of the most popular. He combined the Triune Brain model of Paul McLean with the Left/Right Brain hemisphere theory of Roger Sperry to form a model of the human brain with two paired structures, the two halves of the cerebral system and the two halves of the limbic system, which means we have four basic thinking styles (Herrmann, 1996, 1999):" 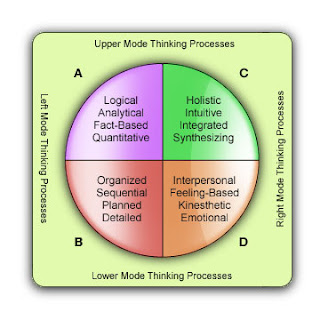 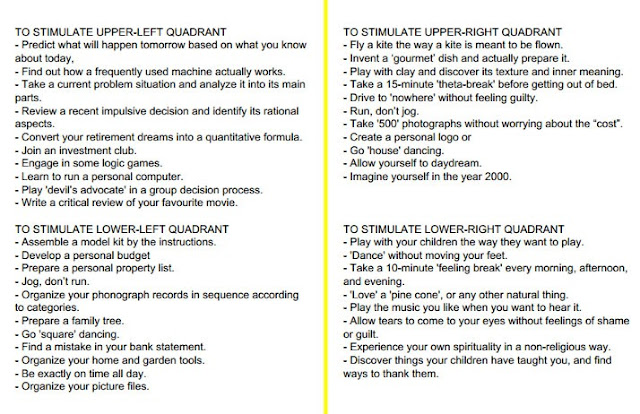 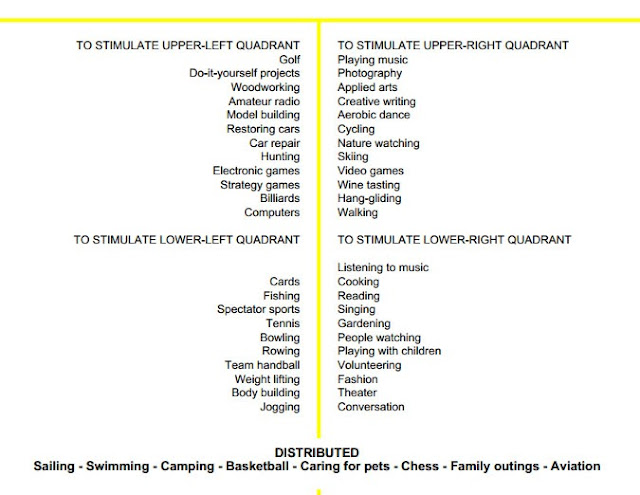 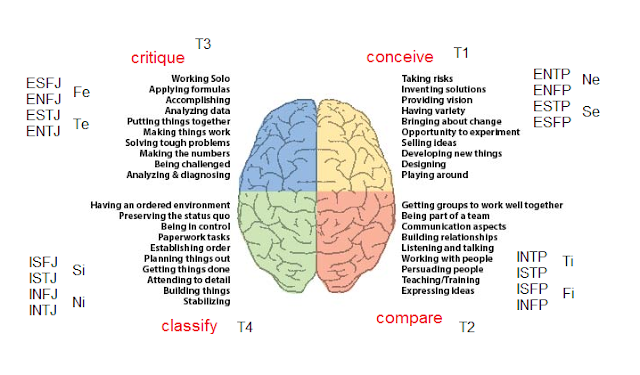 These four brain colors are NOT the same as the other two systems using four colors.


Different correlation (not sure of source)

... but hey, don't listen to me, EXPRESS YOUR TRUTH! Jane
to follow by email with FeedBlitz, enter your email in left column
like Expressing Your Truth Facebook page