This is from the INTP forum.

"Rule of thumb:
The higher one's feeling function is, the more of their face it will take up.
Feeling always begins at the mouth, and the higher your feeling is in your hierarchy of cognitive processes, the higher it will go into your face. So for a Dominant feeling type (ENFJ, ESFJ, ISFP, INFP), their smile will go all the way up to the eyes. For a Dominant thinking type (or inferior feeling type: INTP, ISTP, ENTJ, ESTJ) The smile will not go past the mid-line of the face, and usually just stays with the mouth.
For any kind of thinking type, their smile will not go past the mid-line, but a type with Tertiary Feeling (ENTP, ESTP, INTJ, ISTJ) , they usually put more into their smile than an inferior feeling type, do to the fact that they have better control over it. How feeling appears in thinking types face is more a matter of comfort than anything. Obviously a Thinking type's smile of facial gestures is capable of moving past the mid-line, a funny enough joke could make any Dominant T forget about how uncomfortable they are will showing emotion. But if we were going to look at how it appears on average, you would easily see that patterns I talk about.
As for auxiliary feeling types (INFJ, ISFJ, ENFP, ESFP), their smile will technically reach the eyes, but the eyes will not be as in on it as they would if they were a dominant feeling type. It's hard to explain, their smile will in fact go past the mid-line and reach their eyes, but it still doesn't completely overtake them, if that makes sense.
The Fi smile vs the Fe smile:
It is not very easy to tell the difference between the two functions when just looking at still images of people smiling. However there is still a difference in how they appear that you are more than likely to notice
When an Fe user of any kind smiles, or make any other facial gesture for that matter, it is many to make someone else feel something. Fe is a directed emotion that is meant to let the other people in the area how they should feel about something or if you approve or disapprove of something. Fe is strictly meant to influence, which is why an Fe users smile tends to be rather charming
Fi on the other hand is just the opposite, it is meant for the self and only the self. The expressions of Fi are the pure and genuine feelings of the Fi user. Fi is what the person is feeling at the time about the current thought or subject. Again, it will be difficult to tell the difference in just pictures, but it will appear to be more "real" if that makes sense, more genuine and less "charming.""
Dominant Fe types 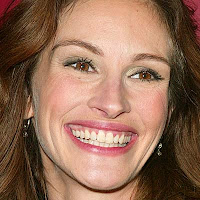 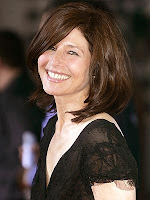 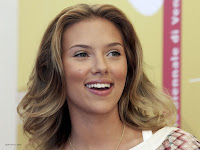 Scarlett Johanson (ISFP)  Marc Anthony (ISFP)
Commentary:
"Notice how on every smile, it goes all the way up to their eyes? This is as far as it goes, the dominant Feeling types have the most all encompassing smiles among the 16 types. Look at Jeff bridges face, you can actually see the lines and wrinkles on his face that shows that this person has had an entire life of expansive facial dexterity. Which is why you can often tell if a person is a T or an F just by taking one look at them. Also, if this were a prettiest smile contest I'd say Catherine Keener wins." 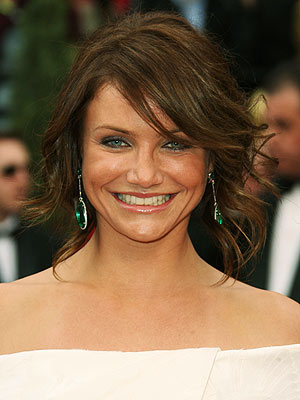 Regina Spektor (ENFP) Russell Brand (ENFP)
Commentary:
"Remember when I said their eyes are not quite in on it? Well you see a lot of that here, it's actually kind of scary with Nicole Kidman, her face is smiling but her eyes are just locked on to you. What is even creepier is the way Tom Cruise does it, because his eyes are showing Si concern, and his face is showing Fe charm. Si kind of has an angry look to it, so it's looks like he is smiling with a vengeance. Actually the consistence that I see here is that the smile just goes up the the eyes and doesn't really pass them. Much like how Oscar De La Hoya has a full faced smile, but his eyes still show the bright eyes of Se. But over all, I will say it is very difficult to see the differences between a Dominant feeler's smile and an Auxiliary feeler's smile in just a still image. However it is actually quite noticeable if you are watching the person in real time."

Tertiary Fe types
"This begins are transition from Feelers to thinkers. The change is actually quite dramatic in my opinion, especially for the Fe users. For all of the tertiary Fe users, they have a big smile on the mouth... and that's it. It does not go past the cheeks, and it certainly does not to into into the eyes. " 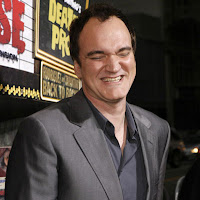 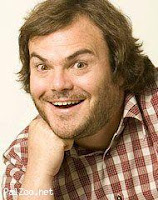 Tertiary Fi types
"It is slightly different for IxTJs however, their smiles are also not passing the mid-line, but the way their face is shaped, it almost looks like it should be. I think it might just be Si and Ni that is causing them to have this Narrowed eye look, because their IxFJ cousins have the exact same look about them. The only one of them here that doesn't really have that look is Ann Coulter, her mouth says "I'm happy" but her eyes still say "I'm a fascist...."" Inferior Fe types
"ugh... It looks so forced when we do it [written by an INTP]. The only ones that don't look completely uncomfortable are Jeff Goldblum and Clint Eastwood, but as they are older gentlemen I'd image they are much more comfortable with their Fe.
Fun Fact: This thread idea was actually inspired by a Pic that Proxy posted of himself in the picturing posting thread. It was the perfect example of Fe being forced by a Ti dominant. Not sure what else to say here, the smile does not really go any higher than the mouth as you should expect. "

("INTP, yes that's right, Sheldon from The Big Bang Theory not only plays an INTP. but is one in real life".) Christina Ricci (INTP)  Mary-Kate Olson (INTP) "(I know you guys don't like hearing this, but she really is one of our kind, I don't know how that happened either, but we are just going to have to deal with it.)"


Inferior Fi types
"Remember that phenomenon where the Auxiliary Fi types still have a narrowed eye look that makes them seem like their smile is going into the eyes, when it actually isn't? Yeah, well that doesn't happen here, their's just stays at the mouth too." 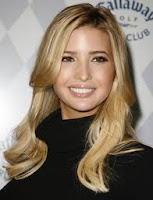 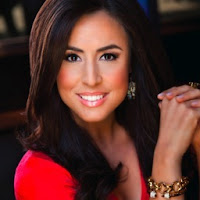