I haven't been here the past few days due to a suicide in my family. As filler, I give you: 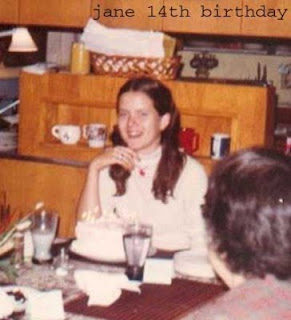 HIGH SCHOOL (1979-1983): Guess what I mainly remember about starting high school? I started my period. My memory has it that I started it on my first day of high school, although somehow I think that is unlikely. Do you ever wonder about how many of your memories are actually accurate?

I also remember that my mom would drop me off at school at about 7:00 a.m., because she had to get to work early. I think she was working at the hospital? or the college? She's always worked as a secretary, or administrative assistant or medical transcriptionist.

Anyway, I would get to school early and sit by my locker.

I was lonely in high school. I was a geek. I was a loner. I was a loser. I had very few friends. I helped others with their homework and wondered how it was that they could be so... well... stupid. It honestly puzzled me. Although I believe I was compassionate about it.

In fact, I was too compassionate. I was a total bleeding heart.

I never went to a single dance or on a single date during high school. 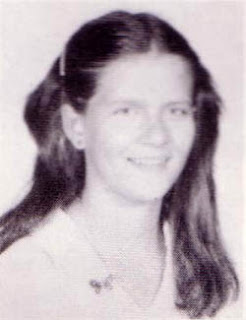 Oh god, what a frosh geek, circa 1980.
that's the longest I've ever had my hair - the barrettes ruin it 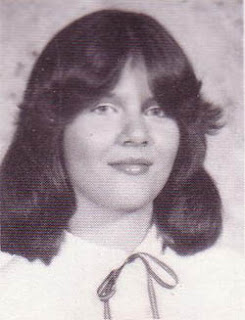 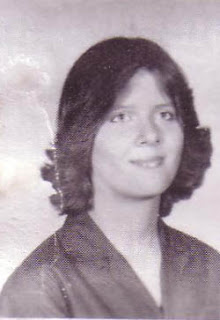 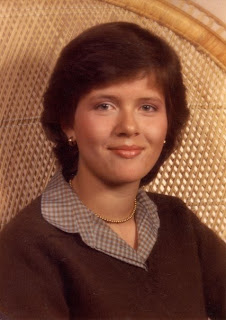 I remember when John Lennon died. I could NOT believe anyone who didn't care. I also played his song "Imagine" in my speech class during one speech to all the conservative classmates whose speeches were on anti-abortion and such.

I NEVER dated or went to a dance in high school. I often wore my mother's clothes. And they smelled of her cigarettes and cat piss.

I gained weight. I was depressed. I hated myself.

So high school was pretty normal.

Graduating: What I remember about graduating from high school was already being very counterculture and political, in an immature shy way. I had a friend who was going through the graduation line with me and we decided to take colored electrical tape and write things like "ERA NOW" and "NO NUKES" all over our gowns. It was something I would repeat in future graduations. When I graduated from Reed, I wore a green silk suit and elected not to wear the gown. 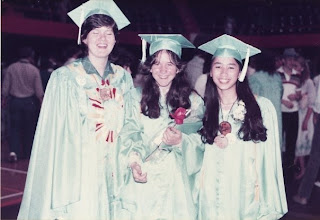