When a type is wounded...

February 21, 2014
through the years of childhood 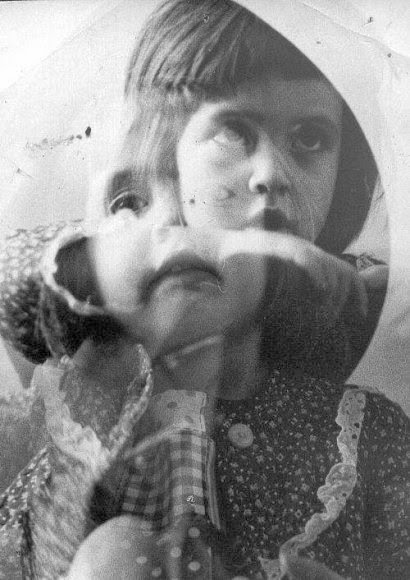 Update: 8/21/15 Because I am nearly 50/50 T4 and T2, I found a way to make 2/4 work before I switched to 4/2.  I was approaching that transition when I wrote this, but not there yet.  I still felt injured by the messages about my Winter qualities, which I now celebrate.  So it's the same message, just flipped.

Originally written 2/21/14: I realize that all types -- whether dominant or secondary for you --have aspects of wounding. I have been thinking about how my 2/4 combination involves wounded types.

Recently, I had another couple times when I was told I was a 4, one by a professional on a brief Skype call.  I am becoming so at home with 2/4, that I realize how my 2/4 appears so 4 to people.  I suppose this is not true of all 2/4s, particularly blonde ones.  But since my hair is now so dark it reads nearly black, I think that contributes to looking closer to T4.

Also, there are times and ways I act more T4.  There are aspects of my personality that are very 4, esp. if you look at my DISC.

But I realized why I object to it.  I am not as strong as confident as I perceive the understanding of T4 to be in our community.  I am strong and confident, often, but usually through a T2 lens of either peacefulness or insecurity and anxiety, usually the latter pair.  Or it might be that my T2 calm is never pure, since the T4 is behind it wanting things to be perfected, or perfect, thus never satisfied.

I embrace the T4/Winter aspect of being melancholic, deeply focused on pain through compassion, but also ever striving to improve things, thus highly frustrated with flaws in myself and the world.  Probably more people see this side of me, which is sad.  But my T4 is also probably my Sagittarius rising and moon, which is very heady and mental.  This is the aspect of T4 which is the High Priestess.

So let's look at the deeper level of wounding here.  My inner S4 (secondary 4) is the introjection of my family critical nature, like an inner critic or inner critical parent. And my inner S4 often attacks my T2 as being weak.  The strength of a true T4, acc. to Sinclaire, is the ability to set clear boundaries.  I mentally understand boundaries, but my body does not hold them.  I believe T2, being water, absorbs energy from people around them as a part of the T2 gift of empathy.  Thus, I am as strong a T2 as I can be (when my S4 supports me), but still a T2.

As a child, I pretty much raised myself in a lot of ways that I won't go into, but that is the 4 aspect proving competence.  I have accomplished more than any woman in my family, though many of them have gone to college, I'm the only one with a Master's (that I know of).

For years in my profession (mental health), my S4 told my T2 to be good, kind, supportive, but not show weakness. Today I realize it is my weakness, or rather the acknowledgement of my human weakness, that is my strength as a healer and professional.

So my goal is to have the gifts of my dominant and secondary work together, not against each other.

It actually hurts when I am told I am T4, because it usually means the person doesn't know or understand me (which is usually not their fault!).  On the other hand, as a Jeweltone Summer, I am seeing more and more that I can dress very, very close to Winter or T4, and own my strength.  My colors are very close to Winter anyway.  But it's important to me to own the disctinction I understand about myself.

P.S. not meant to be directed at anyone who has considered me a Type 4 :)

SWriter said…
thanks for sharing your feelings. I once saw you as a four but it was because of my own ignorance in understanding all the parameters of typing. I'm learning it's best for me to understand my own type than trying to figure out others. I'm sorry. I didn't mean for my assessment to have that effect.
February 25, 2014 at 7:30 AM

SWriter said…
Thank you for clarifying. I thought some more about this issue; your post raises the issue of the complexity of identifying style and color and your personal preference for choosing a typing system.

Since pondering your point, and kudos to your post, I realized that my sensitivity has been around the issue of having a mix of colors from the warm and cool side of the spectrum.

I had an analysis done by PSC, (another guy owns the concept, and I can't think of his name right now) in the bay area, and they found that my percentage of striking was 75% and 20%animated. I have black medium tone skin and can wear both cool and warm hues, shades and tones.

Luckily PSC gives you a wide range of colors. Somehow they have been able to select colors from both the warm and cool side of the spectrum that work together harmoniously.

They also suggested that I could wear both shiny gold or shiny silver earrings.

But at this stage in life, I realized that I wanted some simplification and thus choose the cool colors and wear silver.

That all said and thank you for not getting bored ;-D , your site shows that there are many things to consider in color and style choice and it's highly possible that people could have an even split or some type of mixture of types which could be throwing off their creative expression.

I read another blog(dressing my truth) where the blogger found it to be liberating to find she had so many options in color choice.

What does this have to do with the sensitivity about being called a particular type?

Could it be that one could be presenting an even harmony of two types which would be difficult for someone who lacks experience to pick up, so they want to put you into a box? Our society is good for putting labels on people.

As I get older this labeling process is one I want to move from and prefer instead to move from intuitive color and texture choices from my psyche and from my personal coloring as well.

Energy profiling is still with merit of course but I don't want to be hemmed in.

Thank you for stimulating this train of thought on this topic.

I have been thinking recently how after perusing the buffet table, eventually you have to choose your plate. :)
February 27, 2014 at 9:00 AM