Artemesia has left a new comment on your post "Dominant Functions":
"Yes, I've followed your blog for a couple of years now and love the way you dig into these theories recursively. I've also been learning about MBTI for longer than that. I completely agree that there is no good reason to assume these theories are compatible with each other. But I'm willing to get into it a bit deeper to find out!
What I have been wondering is whether DYT is based (to the extent that it's personality based) on the extraverted cognitive function, rather than the dominant one. Bear with me, I will try to explain what I mean!
As you know, the extraverted functions are the ones which relate to the interaction of the person with the world. If the purpose of dressing your truth is to alert other people to how you are likely to behave towards them and other people in the external world, this would make sense.
So a T3/4 like the originator of DYT would have Se as a dominant function, and probably Ti as the secondary. Assuming that she is extraverted, which I think we can, she is therefore an ESTJ, which seems quite likely. (This would also give her a tertiary Ne, which would figure given her apparently eclectic gathering of information from the outside world.)
In general I have found that people who are extraverted in MBTI/ Jung functions seem to correlate quite well with DYT, and find it easy to type themselves.
My husband, for example, is another extravert, an ENTP, with dominant intraverted thinking and extraverted intuition as his first extravert function. He is clearly a DYT 1/4 - great fun to be with, and intellectually challenging!
For me, I have identified myself as T2/4, and this style of dressing certainly seems so work for me. Which, if we go with the idea that dominant function gives the type, would make my dominant MBTI function Sensing, and secondary Thinking. But I am not extravert, and according to MBTI my dominant function is probably Ni intraverted intuition, with secondary extraverted feeling making me INFJ.
Looking at it the other way round, if I used the dominant function mentioned above to find my DYT type I would be T4, but this does not accord with my behaviour, which is more passive and helpful than incisive and accurate.
I also don't have the detail focus/avoidance of the archetypal T2, which I think may be an artefact of using extravert functions as a basis of typing, missing the difference between the commoner intraverted sensing (details) and intraverted intuition (overall impression).
I have watched several DYT videos where people are told if they don't know their function then they are likely to be T1, because their doubt was a result of their excitement with the new (which I take to be extraverted intuition). It looks to me, albeit very superficially, as if almost all of those people on the videos were introverts, and I wonder if this may be the source of some confusion or disillusionment for some others as well as me.
I would be interested to know what you think about this, as I have great respect for your analytical abilities."

THE TYPE TO TYPE RABBIT HOLE 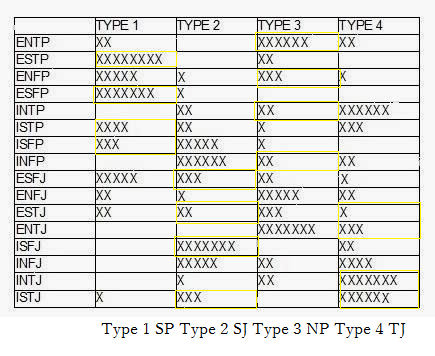 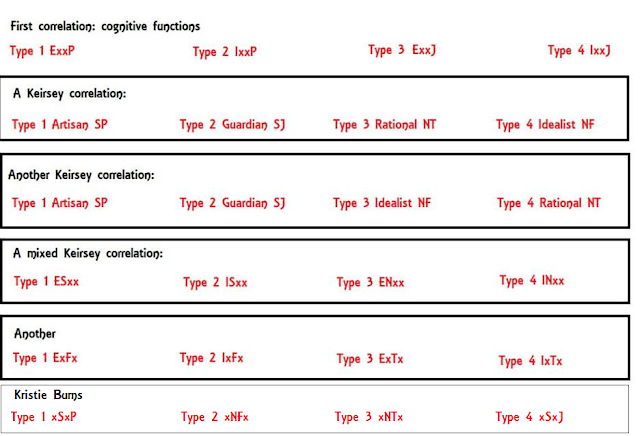 
hire me: I do CMAS and Color Profiles virtual analysis
... but hey, don't listen to me, EXPRESS YOUR TRUTH! Jane
MBTI mbti and type readers comment